Last week we went on vacation.

It was so nice being unplugged. Like, really, unplugged.

We had zero in internet or even phone connection. Well, we could have paid a gazillion dollars to have phone service, but we declined.

I was worried about not being able to be in contact with my kids. We were on a huge cruise ship and we had four different rooms among our family members.

Without phones, how would we communicate??

In fact, we thrived.

For 7 days we figured out ways to communicate with each other. It was nice. Real nice.

Mornings we would meet at a designated place and time for breakfast. Same for lunch and dinner.

After a few days without phone service, I could feel the anxiety release, and I didn't even miss my phone. (shocking, I know)

Even though my children probably will not admit it, I think they kind of liked being unplugged as well.

Without my phone, I had more time to think. To pray. To laugh. To enjoy the moments with my family.

I had almost forgotten what freedom there was without being connected at all times of the day.

It feels good to be out of the loop. It feels refreshing to not be able to be found. At least for a little bit.

Of course, as soon as we touched land my phone was up and going again. I mean, I had to post pictures on my Instagram account. Duh. (eye roll)

Just as quickly as my anxiety had released from being unplugged, it returned when I plugged back in.

Emails. Texts. Catching up on what I missed on Instagram. (double eye roll)

The world was still spinning. Everyone was still breathing and beating to the drums of their days.

But something inside of me changed.

A longing for quiet of the soul.

A longing for the peace and distraction-free life without the constant buzzing of my phone.

I thought of all the reasons I wanted to ditch my phone all together.

Visions of flip phones raced through my head.

Then, I thought of all of the things I would miss on social media. The pictures, the posts. Being in the know. Not missing out.

Double minded. That's how I felt.

I wanted peace, but I also wanted to be included. Noticed. Liked.

But, is Instagram really the answer to that longing?

For me, it is an excuse.

An excuse to escape. To brag on my children. To display the "good and pretty" of my life.

I felt this ickiness rising in my chest. This feeling that it was too late. I was too plugged in. I could never not be. I mean, I have a SHINE Girls instagram for Heaven's sake. Who would I be able to encourage without posting every day on social media? (eye roll for days)

As I pray, "Lord, what is the answer? Do you want me to be unplugged?"

I hear and see this verse everywhere as I pray, "Be still."

Not the answer I want to hear.

I want a yes or a no to my question.

Isn't it just like God to just give us a scripture??

This is where that hearing His still small Voice comes in.  Sometimes things are not black and white with God.

Sometimes it just boils down to the state of the heart.

Is it clouded by the distractions of the world?

Is it searching for contentment and fulfillment in places that it will never be found?

So, that's where I am today.

I want that stillness in my soul.

I desperately want to hear God when He speaks so tenderly into my soul. The still, small Voice of His leading.

But, I cannot hear it when my heart beats for something other than Him.

This morning I read about the woman that poured a very expensive jar of perfume on the feet of Jesus.

The disciples were bewildered and disgusted that she had wasted such an expensive thing to wash someone's feet.

Jesus was honored and praised the woman for giving all she had to Him, instead of the world.

This resonates with me.

The distractions of this world will lure us and convince us that what we have to give is wasted if we serve and honor Jesus in ways that don"t make sense to the world.

This woman could have made much money off of her possession. Yet, out of her love and gratefulness she gave all she had to Jesus. Every last drop.

What are we giving to the world instead of saving to present to Jesus as a love offering?

He can do so much more with our offerings than we ever could.

Sometimes serving Jesus doesn't make any sense. Just ask the disciples. They were often dumbfounded by what Jesus asked of them. They didn't understand His ways.

We don't either at times.

But, if we quiet our hearts, read His Word, and earnestly seek Him.....

He will lead us.

Sometimes we must unplug to do this.

Maybe even just for a season...

Rise and Shine sweet friends! If you are following along in our Daily Walk Bible , I hope you are soaking in the goodness of Psalms each m... 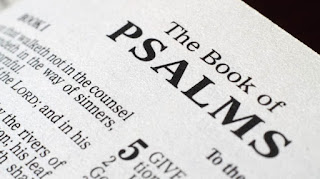