Whom Shall I Fear?

As we wrap up the book of Jonah this week, I keep thinking about one very important thing in this book.

When God told Jonah his mission to go to Ninevah and preach to them, Jonah fled. My question is this: What made Jonah flee?

Obviously, Jonah was a godly man or the Lord would not have trusted him for such a large task. Jonah had proved himself wise and dependable in the past, so why did he suddenly flee?

This is what I keep going back to: Fear.

Jonah must have been fearful.

Imagine the Lord giving you a task of this nature. It certainly would bring some anxious thoughts! The Lord never told Jonah that the outcome would be good. He just told Jonah to go.

These people were wicked, wretched, despicable. How would they react to this man, Jonah, showing up and telling them to turn from their wickedness?

Jonah was alone. All by himself. No mission group to take with him. Just himself.

Fear can keep us right smack in the opposite direction of God's plan for our lives. It will prevent us from living the life that He has intended for us to live.

"Fearing people is a dangerous trap, but trusting the LORD means safety" Proverbs 29:25

This is exactly what happened to our friend, Jonah.

Fear has been the greatest enemy in my own life. It has paralyzed me. It has taken away my joy so many times. It has caused me to shrink back and stay away from anything that could pose danger to my well-being.

Fear can be the exact opposite of faith.

Fear has many masks. Pride, anger, unforgiveness, insecurity...just to name a few.

I believe Jonah was fearful. His faith wavered, and he ran.

I sat at the funeral of my beloved Uncle Mike last Sunday afternoon. The man that led the service was not a preacher. He was an in-law of my uncle's.

He said that on several occasions he felt prompted to tell my Uncle about Jesus. He said he chickened out instead.

My uncle had just had surgery in one of these instances and this man had bought him a bible to take to him at the hospital. My uncle never got the bible. This man chickened out....again.

However, one sweet day, this man got the courage to talk to my uncle. He said he couldn't take it any longer, he had to tell my uncle about Jesus.

He followed through this time.

My uncle didn't say a whole lot. This man was disappointed. He felt it was pointless after all.

The next day my uncle's wife called the man and told him that something incredible had just happened. She said my uncle told her that he was finally "right with the Lord."

The man was overwhelmed with joy.

However, what if he had not followed through with God's prompting to talk to my uncle about Jesus? What if he had continued to be fearful of my uncle's response?

I'm thankful for this man that I had never met before that day. He stepped out of fear and into courage because he wanted my uncle to know Jesus and have eternal life.

Because of God using this man, I will see my uncle again. Praise Jesus.

What has God been prompting you to do? Are you afraid of what may happen or what others may say?

Let's step out in faith today. Let's throw fear away and clothe ourselves in courage. God would never ask us to do anything that is not beneficial to us and/or others.

He loves us. He longs to use us to tell others about Him to spread the good news of Christ. What are we afraid of?


"Don't be afraid, for I am with you. Don't be discouraged, for I am your God. I will strengthen you and help you. I will hold you up with my victorious right hand." Isaiah 41:10

stepping out in faith,

SHINE Reading Plan:  Go here.  Subscribe to SHINE emails:  Go here. Memory Scripture:  Teach us to number our days, that we may gain a he... 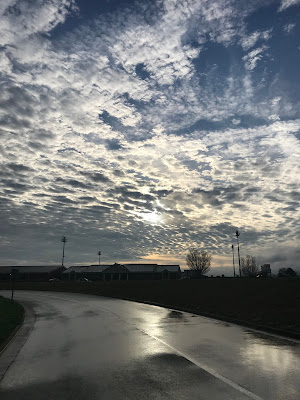