Turn up the music and praise Your Father in Heaven! He longs to hear our voices in sweet harmony lifted to Him. {my voice is anything but lovely, but He loves it anyway!}

Is our reading getting juicy or what?

We read about her yesterday. Abigail was Nabal's wife.

These two are about as well-matched as peanut butter and bologna.{yuck}

Let's just stop right here. Imagine your name in the Holy Bible and that description was about YOU!

Then we come to Abigail's husband, Nabal. He is described as "surly and mean in his dealings".

4-8 David, out in the backcountry, heard that Nabal was shearing his sheep and sent ten of his young men off with these instructions: “Go to Carmel and approach Nabal. Greet him in my name, ‘Peace! Life and peace to you. Peace to your household, peace to everyone here! I heard that it’s sheep-shearing time. Here’s the point: When your shepherds were camped near us we didn’t take advantage of them. They didn’t lose a thing all the time they were with us in Carmel. Ask your young men—they’ll tell you. What I’m asking is that you be generous with my men—share the feast! Give whatever your heart tells you to your servants and to me, David your son."

David later in the story sends his men to make peace with Nabal. He wanted Nabal to return the favor of kindness and to be generous in sharing food with David's men.

Nabal's reply was less than kind:

9-11 David’s young men went and delivered his message word for word to Nabal. Nabal tore into them, “Who is this David? Who is this son of Jesse? The country is full of runaway servants these days. Do you think I’m going to take good bread and wine and meat freshly butchered for my sheepshearers and give it to men I’ve never laid eyes on? Who knows where they’ve come from?”

When word got back to Abigail, she immediately went straight to David to apologize and make amends for her foolish husband.


23-25 As soon as Abigail saw David, she got off her donkey and fell on her knees at his feet, her face to the ground in homage, saying, “My master, let me take the blame! Let me speak to you. Listen to what I have to say. Don’t dwell on what that brute Nabal did. He acts out the meaning of his name: Nabal, Fool. Foolishness oozes from him.

Wow, she downright calls her husband a fool. She speaks truth.

As I was explaining this story to my children, I told them that Abigail risked her life to tell David all of this. David could have easily had her killed at first sight because of his annoyance with her foolish husband. I told the kids that doing the right thing is sometimes hard, and takes a lot of courage.

Abigail was not lacking in bravery or courage.

David was in awe of Abigail and her good sense. He told her that she did the right thing and that she ended up sparing her husband's life because of her wisdom and prudence in the matter.

Abigail then went home and told her husband all that had happened with David. Nabal fell over dead with a heart attack. {i bet he did!!}

David heard about the death of Nabal and sent word to Abigail to marry her. {lucky Abigail!} :)

So, what do we learn from this?

God can make a way, even in an impossible situation. Abigail married a fool. Pure and simple.

I have no idea the back story of their marriage, but I would love to know! Why did she marry him??

God still used Abigail in a HUGE way even though she was chained to this fool, Nabal.

Sometimes we think that our circumstances keep us from being faithful, or our best.


This is what God says,
the God who builds a road right through the ocean,
who carves a path through pounding waves,
The God who summons horses and chariots and armies—
they lie down and then can’t get up;
they’re snuffed out like so many candles:
“Forget about what’s happened;
don’t keep going over old history.
Be alert, be present. I’m about to do something brand-new.
It’s bursting out! Don’t you see it?
There it is! I’m making a road through the desert,
rivers in the badlands.
Wild animals will say ‘Thank you!’
—the coyotes and the buzzards—
Because I provided water in the desert,
rivers through the sun-baked earth,
Drinking water for the people I chose,
the people I made especially for myself,
a people custom-made to praise me.
Isaiah 43:15-16

I'm sure Abigail prayed fervently for her husband throughout their marriage. She had to! I bet her heart was changed towards him. I even bet that she had decided long ago to turn him over to God. Nabal wasn't her responsibility. She couldn't help his bad actions. However, she sure could use her wisdom and her trust in the Lord to lead her and guide her to make wise decisions.

Oh, and did He guide her!

What situation are you not trusting Him with?

Father God, we give you our brokenness. We give you our impossible situation. We trust you , just like Abigail did. Let our hearts be so in tune with You, that we  see life through Your Eyes and Your Perspective. Thank you for loving us so much, and always providing a way.

turning it all over to Him,

SHINE Girls began in January of 2012. It seems like so long ago.  My children were much smaller. Life was different.  Many of you know how ... 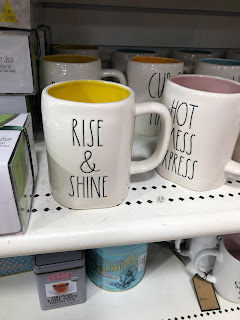