Happy Worship Wednesday, SHINE girls! If you are new to SHINE, today we worship the Lord in all we do!

Turn up the music, kick off your cute little shoes, and worship Jesus! He loves when we worship Him. No matter what your day looks like, you can worship Him.

Sing to Him in your heart and your mind as you go through your day. You will not believe how your heart will seem to be so much more peaceful and joyful. It cannot help but to be when it is worshiping the Lord.

Before SHINE was breathed into life by the Lord, God kept showing me the same Bible scriptures over and over.

I wanted them to help me figure out what it meant for me. Why was God showing me this passage of scripture??

One Sunday,  our pastor even did a sermon about this passage of scripture. God was speaking to me! He had to be!

However, I had NO idea how to apply what He was telling me. What did this mean to ME??

As some of you long time SHINE girls may already know, the passage of scripture was from Mark 6:30-44.

30 The apostles gathered around Jesus and reported to him all they had done and taught. 31 Then, because so many people were coming and going that they did not even have a chance to eat, he said to them, “Come with me by yourselves to a quiet place and get some rest.”

32 So they went away by themselves in a boat to a solitary place. 33 But many who saw them leaving recognized them and ran on foot from all the towns and got there ahead of them. 34 When Jesus landed and saw a large crowd, he had compassion on them, because they were like sheep without a shepherd. So he began teaching them many things.

35 By this time it was late in the day, so his disciples came to him. “This is a remote place,” they said, “and it’s already very late. 36 Send the people away so that they can go to the surrounding countryside and villages and buy themselves something to eat.”

37 But he answered, “You give them something to eat.”

They said to him, “That would take more than half a year’s wages[a]! Are we to go and spend that much on bread and give it to them to eat?”

When they found out, they said, “Five—and two fish.”

39 Then Jesus directed them to have all the people sit down in groups on the green grass. 40 So they sat down in groups of hundreds and fifties. 41 Taking the five loaves and the two fish and looking up to heaven, he gave thanks and broke the loaves. Then he gave them to his disciples to distribute to the people. He also divided the two fish among them all. 42 They all ate and were satisfied, 43 and the disciples picked up twelve basketfuls of broken pieces of bread and fish. 44 The number of the men who had eaten was five thousand.


I began to pray that the Lord would reveal to me what all of this meant. I needed to know why these scriptures were surrounding me everywhere I went.

At the time this was happening, my husband and I were in the process of praying about fostering children.

I thought for sure this passage had to do with fostering. However, it just didn't seem to make sense. Surely he didn't mean for us to foster FIVE THOUSAND CHILDREN! Oh my!

One day, I was sitting on my bed, reading the verses over and over. I asked the Lord to show me what I was not seeing as I read. What was I missing that He was trying to show me?

After praying, I read the scriptures again.

I suddenly saw something that I had not seen before. It was like God had suddenly highlighted this sentence!

37 But he answered, “You give them something to eat.”

That's when I knew.

I knew He meant that I was to help feed His sheep. To help draw others to His Word.

About a month later, SHINE was born. It all made sense.

God speaks to us through His Word.

We speak to God through prayer, and He answers back in His Word.

If He has been showing you a scripture over and over, He is speaking to you. Yes, YOU!

If you keep coming across the same teaching, the same passage in the Bible, it is not coincidence.

Talk to Him! Ask Him what it means to you. Ask Him to give you the wisdom to discern what He is trying to teach you.

Read the verses over and over until His wisdom is revealed to you.

Oh, girls, how He so desires our hearts to pursue Him. To hear Him. To listen for Him.


"But he answered, “It is written,
“‘Man shall not live by bread alone,
but by every word that comes from the mouth of God."
Matthew 4:4

Meet Him in His Word today.


in awe of His Word,

SHINE Reading Plan:  Go here.  Subscribe to SHINE emails:  Go here. Memory Scripture: "Let all that you do, be done in love." 1... 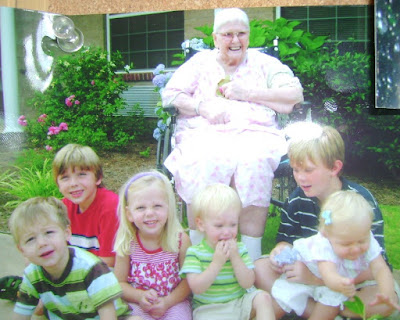