Hello there and GOOD morning to you!  This is Rebekah Vepraskas. How are you guys? Jill is away this week and she has asked me to prepare this blog post on an experience I have had with praying scripture, specifically Psalm 91 and Psalm 23.

Ok, so this is a doozy of a post, I think. Grab your coffee and your hoodie and hide on the porch for a little bit and join me on a journey with God.

A few months ago, I got a call to see a patient in a North Georgia hospital, very far north, much further than I thought. On my way, I got lost, very lost. I was about 58 miles off course as I had taken the completely wrong interstate. When I realized my mistake, I exited and began trying to move from eastern north Georgia to western north Georgia, by way of the mountains. Ok, I know. Big mistake.

Before I knew it, I was on these small country roads, winding through the mountains, in the dark, it was about midnight. I began to feel very fearful. I don't scare very easily, so this made me even more scared and the path seemed to be closing in. It was so dark. The tree canopy loomed over the twisting road, weaving back and forth through the Blue Ridge mountains. My biggest fear was hitting a deer. I thought, if I drove off the road, no one would even know where to look for me. My husband and I thought I was going to Northeast Georgia Medical Center (NGMC). I was actually going to North Georgia Medical Center (NGMC). So, he didn't know where I was and he was asleep by now. Oh, dear.

Next I encountered an area of the road where there were home made signs everywhere to "feed the deer!" Next I passed the headquarters of Deer Park Water on this little mountain road in the middle of no where. I was hyper vigilant. Searching the road for any sign of danger.


"The Lord is my shepherd; I shall not want. He maketh me to lie down in green pastures: he leadeth me beside the still waters. He restores my soul: he leades me in the paths of righteousness for His name's sake. Yea, though I walk through the valley of the shadow of death, I will fear no evil: for thou art with me; thy rod and thy staff they comfort me. Thou prepares a table before me in the presence of mine enemies: thou anointed my head with oil; my cup runneth over. Surely goodness and mercy shall follow me all the days of my life: and I will dwell in the house of the Lord for ever."

I broke the scripture down and repeated verse 4 over and over. I thought and prayed, "I have literally never leaned on you, Jesus, like this in my life and if I do drive off this mountain, it will surely be God's will as I am literally in despair and praying the 23rd Psalm like my life depends on it."


And, it did.... Finally, totally frazzled, I arrived safely at my destination. I then got another call to another rural hospital 50 miles away, through the mountains. I. am. not. kidding. UGH!! Again, I kept the radio off and prayed Psalm 23 over and over.  I then turned the radio on for just a second, thinking, "Rebekah, you are freaking out, relax." Immediately, a rabbit ran out into the road and I swerved. Clicking the radio back off, I never stopped praying again, even for a second.

The Lord delivered me from evil. I arrived safely at both hospitals, I saw my patients and arrived safely back home. THANKS BE TO GOD! I have told this story over and over again. I know it's hard to imagine being so afraid, but I was.

Fast forward one week later, I am driving to a goodbye dinner for my cousin, John.  John is a Marine, who has been deployed to Afghanistan, serving in the special forces, Bomb Dog division. 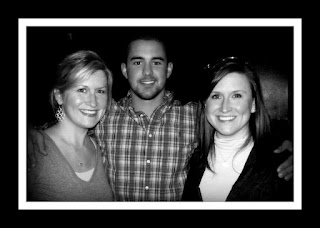 Mary (my twin), our cousin John and Rebekah (me) 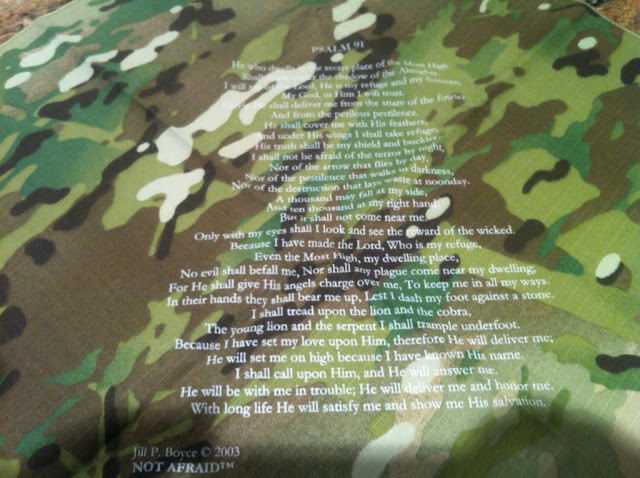 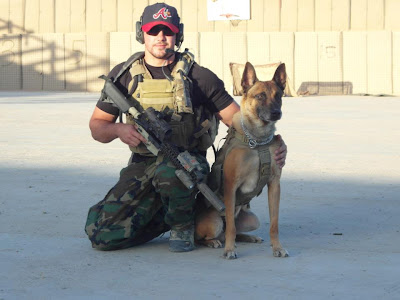 This is John and his bomb dog, Rico. Please remember them in prayer. :)

This whole experience taught me that:

God uses anything for His Glory,
"The Lord's word will not return void." Isaiah 55:11
God honors praying His word.
He doesn't just want to reach me through my experience, He wants me to reflect His love to everyone around me. Even if it seems silly, initially.
He is desperately seeking us all. :)

So there is my long story, I hope you are encouraged by God's love, provision and details. He is awesome and I am amazed by His blessings.

With love and prayer,
Rebekah

Looking for Shine Girls? We have moved to a new space! You can find us at www.jill-hill.com Also known as Rise and Shine with Jill Hill! C...