Happy Saturday, SHINE friends! As always, we do not have weekend reading. You can use this time to catch up on your reading and the blog! :)

I have an awesome testimony for you today! If you are in need of some Hope, inspiration, and motivation....today is YOUR day!

Mandy is a beautiful, amazing woman who chooses JOY in all circumstances!

So, grab your coffee or hot tea and spend a little time getting to know Mandy Young. You will be forever changed. Oh, and do me a HUGE favor? After reading (and being inspired), please find Mandy on FB and Twitter and show her some SHINE girl love! You can also visit her website! Yes, she has her on website! Information for all of that is included under her picture below her story.

What happened to your leg?
by Mandy Young

"What happened to your leg?" is a question I’m asked weekly, if not daily. I became an amputee two weeks before my 9th birthday and even after 21 years of being asked this question, it’s still a hard one for me to answer. Not because I’m struggling with what happened, but because the questioner wants a short answer like cancer, a car wreck or I was just born that way. But my story is so much more than just me losing my leg.

I was born a healthy baby, with two arms, two legs, ten fingers and ten toes. But soon after that is when my life became about doctors, hospitals and illness. By the age of 4 I had already battled spinal meningitis three times, a stroke, seizures, scarlet fever, tubes put in my ears 11 times, had my mastoid bone removed, had an abscess the size of a softball in the lymph nodes of my stomach and that’s just to name a few. My body continued to develop these horrible, life threatening infections and no one could figure out why . We traveled the country looking for a doctor or hospital, but we kept being turned away. We were told time and time again that my body was further advanced than medicine.

A couple of years went by and the infections seemed to be coming less and it started to appear that I was somewhat healthy. But, two weeks before my 9th birthday I found myself back in the hospital fighting for my life once again. Doctors told my parents that I had two massive and rare infections (gas gangrene and clostridium septicemia) that were spreading throughout my body. This is when my parents were forced to make a decision. They could either let me die or doctors could try to amputate the leg but still only giving me less than a 3% chance to live. This was the 9th time that my parents had been told I wouldn’t live through the next hour. For my parents, there was no decision, surgeon’s amputated my left leg and hip in an effort to try to stop the spreading infection. After two very intense weeks of ICU I finally woke up out of my coma. I had survived!

During my 2 months of being hospitalized, our search for finding a doctor became our top priority. There had to be someone, somewhere willing to try to figure out why I continued to get these life threatening infections. Finally, a doctor at the hospital told us about a research hospital in Bethesda, MD called the National Institutes of Health. The NIH’s goal is to acquire new knowledge to help prevent, detect, diagnose and treat disease and disability from the rarest genetic disorders to the common cold; according to Wikipedia. So of course this sounded like our dreams were coming true, a hospital that would try to help me. But there was a problem, they had never really studied undefined diseases before, but at their request, we sent my information. After what seemed like an eternity a Dr. John Gallin decided he would take a chance on my rare case. My family traveled back and fourth to Maryland for 14 years to see Dr. Gallin and his team.

During those years I underwent hundreds of medical tests. Things like having my body pumped with toxins to see how my system would react. Then there was the blister study where my forearm was hooked to a machine that would form blisters, then the skin covering the blister was cut to expose raw skin. Then on top of each blister, virus cells were injected to see how my body would react. Those are just two of my favorites (if you can have favorites) and that doesn’t even include the gallons of research blood that I have had drawn. Over the span of that 14 years it didn’t seem like we were getting any closer to a diagnosis; until one day the phone rang. It was Dr. Gallin and he said, "we know the basis of Amanda’s problem". My family then traveled to meet with Dr.Gallin and his team.

IRAK 4.…is my genetic mutation. This is the diagnosis we had been waiting 22 years for. Think about that. It wasn’t a few days, a week, or even a few weeks. We waited 22 years! And basically what we discovered is when my body is exposed to an infection, my white blood cells don’t receive the signal to fight it off. And because I don’t show normal symptoms to illness, like running a fever, by the time my body does recognize the illness, I can already be critically ill. It’s caused by a gene defect (actually two separate defects) that each of my parents carry.

You might be wondering, what are the chances of this happening? Well my doctors say that I have won the medical lottery! Especially since I’m the only person in the world with my exact genetic mutation. Pretty crazy huh?? The odds of my parents, who have these defective genes meeting, marrying and having children were one in a million. The odds of me having the IRAK-4 gene mutation were astronomical.

After reading a little about my life you might understand two things; 1. My diagnosis is pretty fitting, since my whole life is kinda crazy! 2. Why it’s so hard for me to simply answer the "what happened to your leg?" question.

"For I know the plans I have for you, declares the Lord, plans to prosper you, not to harm you to give you hope and a future" Jeremiah 29:11

This is my life verse. The verse that helps my life make sense. Only God knew what life laid before me. He knew His plans for me. He made me and knew I could endure whatever obstacle he put before me and He knew He would only give me what I could handle. Never in my life have I ever thought that God was trying to harm me or do what was wrong for me. I always trusted and knew whatever He had me going through was going to make me a stronger person. But not until recently did I figure out it wasn’t only making me stronger it was also bringing me closer and making me more faithful to Him. I can’t do anything without Him but as Philippians 4:13 says, I can do all things with him! He chose ME! He has given me a huge job to handle for Him. Therefore, to repay Him I live for Him, telling others the story He has given me to tell and even though I’m a sinner I try my best to live like the greatest example He ever gave us, Jesus.

My medical journey is not over. It’s now been 21 years since I became a part of the NIH family. There is no treatment or cure for IRAK 4, so I’m still being studied. Plus from what they are learning from my research they are learning more about other diseases like lupus, heart disease, arthritis and certain types of cancer. So just because of my research, other diseases that millions of others suffer from are being better understood, and I’m so blessed to be a part of it. So I will continue to donate my living body to science. This body is just a vessel for this vapor life and we are supposed to help our brothers.

I will continue to live the life God has planned for me and even though it gets tough sometimes, I remind myself my life isn’t about me, it’s about Him and what HE has planned for me. And as long as I’m where He wants me to be then I can’t go wrong.

SHINE Reading Plan:  Go here.  Subscribe to SHINE emails:  Go here. Memory Scripture:  "Let all that I am praise the Lord; may I nev... 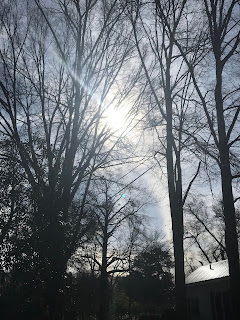